Visual Objects for the Home 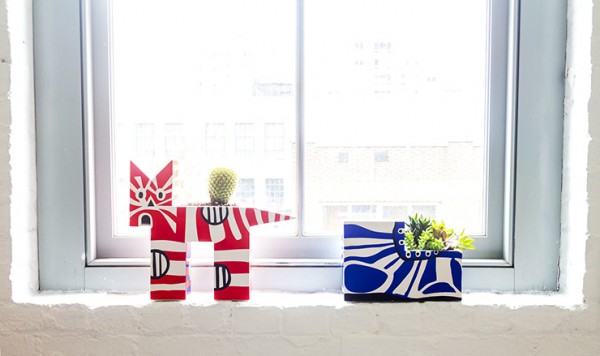 The indirect exchange of uncertain value was developed by Joanne Tatham and Tom O‚ÄôSullivan with collective in Edinburgh for the 2011 Edinburgh Art Festival. The work was sited at Fettes College, one of Scotland‚Äôs most expensive independent schools. New commissions by Elizabeth Price and Chris Evans were presented within and alongside constructions of a cat and a boot positioned either side of the Fettes College entrance. The work was funded from Creative Scotland‚Äôs Public Art Fund and could only be accessed through a scripted tour of the grounds.

The cat and the boot have since been remade as 1:20 scale ceramic plant holders, produced in collaboration with GOODD, Glasgow and The Modern Institute/Toby Webster Ltd. Produced in an edition of ten, with two artist proofs, these were first exhibited at Independent Art Fair in New York.